Firstly, what does the term “Millenials” actually mean? The expression is based on the formal definition of the Millenials as the generation born around the turn of millennium. Considering different definitions, that classification covers the period from 1976 until exclusively 2000.

The Millenials are the first generation that have actively experienced the era of internet. Some characteristics of that time are, for example, connectivity and transience, due to fast changes that require rapid adaptability. These features implicate certain qualities, objectives and ways of thinking that characterize the Millenials and distinguishes them from other generations. Amongst these traits, there is, for example, an affinity for technology and social media, self-fulfillment and the striving for an equable work-life balance. Furthermore, Millenials tend to generally question purpose and usefulness. It is for that reason that the Millenials are also called “Generation Y”, in an echo of the the pronounciation of the letter “Y” which corresponds to the question word “Why”.

Which are the special characteristics of Millenials in Mexico? In that context, at first it is important to mention that because of relatively high birth rates, by 2020, approximately half of the employees will be part of the Generation Y. Five years later, it is going to be about 75%.

At first glance, this is positive, as many potential employees will be available on the job market. On the other hand, the demographic development also involves challenges for companies located in Mexico. As future employees, Mexican Millenials have different demands than older generations and even more than peers of the same age group from other cultural backgrounds, for example Europe.

Those differences are a result of distinct political and economic conditions. It has to be considered that a major part of the Millenials in Mexico was born in a decade of crisis. Therefore, digitalization did not have such a huge impact as in other parts of the world. Especially, it did not reach all levels of society. That fact influences the needs and objectives Mexican Millenials have towards the business world.

What do Millenials expect from a job? 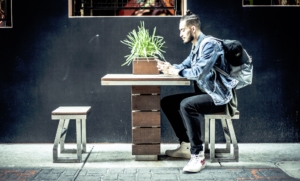 In addition to monetary incentives, job security and corporate culture are very important to the Millenials. Especially in Mexico, Millenials show high demands concerning further education opportunities. According to the survey “Encuesta Millenials 2018”, 60% of the participants from Mexico mention that aspect as one of the most important decisions for taking a job. In comparison, the international average is only 48%. In the evaluation of voluntary fringe benefits, the survey’s results from Mexico are above the worldwide average as well. The benefits demanded by the Millenials include for example private health insurance, saving funds or a clear career plan.

Implications for companies in Mexico

For companies, the demands of the new generations have a strategic relevance. “Many Millenials consequently ask for feedback from their superiors and want to know what the”next step is”, explains Rosemarie Fleischmann from Boege & Business. She considers personnel talks and mentoring programs to be helpful measures in that context.  Companies can use them to inform employees about their progress and show them future opportunities.

In the field of recruiting, the use and understanding of social media platforms such as LinkedIn and Whatsapp increase significantly. Millenials tend to competently handle social media and mobile devices. Further than that, the general open-mindedness towards new technologies does not result in extraordinary technical abilities. For example, the competent handling of database and Microsoft-Office software is not considered characteristic for the generation. The consideration that Mexican public university graduates use to have good technical abilities can serve as a general orientation in that context. Private universities such as the Tecnológico de Monterrey and the Iberoamericana are considered to be generally comparable to European and US-American standards.