What comes to your mind first when you think about Mexican culture? Mariachis, tequila, tacos, breathtaking beaches and cactus? These are all legitimate associations – but Mexico’s natural and cultural diversity includes much more than that. The 10 surprising facts about Mexico described below will show some other aspects about the country that you were surely unaware of. 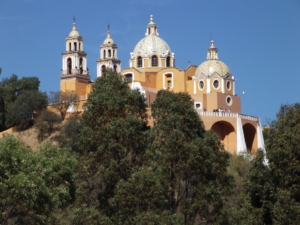 1. Mexico is home to the world’s largest pyramid.

Not Egypt, but Mexico – The pyramid of Cholula in the Mexican Federal State Puebla happens to be the largest pyramid in the world. Featuring a height of 66 meters, 400-meter base and a total volume of 4.5 million cubic meters the pyramid is significantly larger than the pyramid of Giza, even though it is less popular. Despite its impressive size, it can literally be overlooked, the reason being: The pyramid of Cholula is hidden under a mountain. The eye- catching construction is in fact the church built by the Spaniard conquerors on top of the pyramid.

2. 69 different languages are spoken in Mexico.

3. Mexico City is the second city of the world with the largest number of museums. 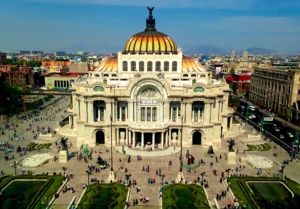 From the Metropolitan Cathedral to the Bellas Artes [Fine Arts] Museum and the remains of the Aztec constructions, Mexico is undoubtedly a country that has a lot to offer in terms of culture. With a remarkable number of museums, over 170 museums may be visited in this megalopolis. This makes it the second largest city in the world in terms of museums. It is only overtaken by London with nearly surpassed by London with 200 museums.

4. Mexico is the country with the largest number of taxi cabs in the world.

60,000 registered taxis ride Mexican streets, and most can be found in the Capital City. Besides, taxi fares in Mexico are cheaper than in almost any other country in the world. 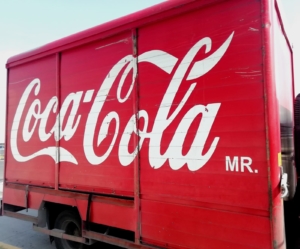 163 liters per individual annually – this consumption rate is not seen in any other country in the world. It comes as no surprise that such abuse in Coca-Cola consumption can also be seen in people’s health for diabetes and overweight are above average in Mexico. Other factors are lack of exercise and excessive consumption of junk food. Punitive taxes to foodstuff with high fat or sugar contents were introduced in 2013 as a countermeasure to general health problems. 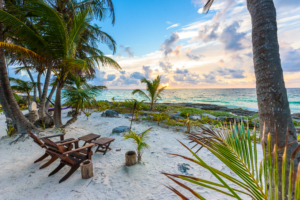 According to the World Tourism Organization reports, Mexico is the Latin American country with the highest number of international visitors and is ranked #10 worldwide. This comes as no surprise given the diversity Mexico has to offer in terms of culture and nature. 32 locations in the country have been awarded as World Cultural Heritage by the UNESCO. Once again, Mexico leads the ranking in the American Continent in this category as well being placed #6 worldwide.

The meteorite that wiped out dinosaurs 65 million years ago hit the Mexican peninsula of Yucatán. A 180 square meters crater with a depth of more than 600 meters was left behind. Employees of the state oil company PEMEX discovered the crater in 1981 while drilling an oil well.

8. Color TV was invented by a Mexican.

Guillermo Gonzalez Camarena is the inventor of color television and was born in the Mexican city of Guadalajara, Jalisco. In 1940, the then 23-year-old requested a patent for the first color image transmission system, which was later on used in the Voyager 1 spacecraft.

Tacos, enchiladas and of course picante – traditional Mexican cuisine is unique in its diversity and is appreciated far beyond national borders. 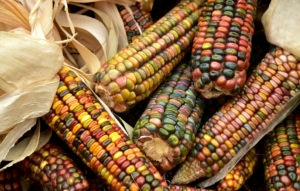 In 2010, the UNESCO added Mexican cuisine to the list of Immaterial World Cultural Heritage. Mexican cuisine roots date back from colonial times where Spanish cuisine met native preparations thus creating a unique blend. Indigenous ingredients include corn, avocado, beans, cocoa and many more. In Mexico, there are 64 different varieties of corn. No other country in the world can claim such diversity.

10. Mexico City was built on a lake – The city sinks around 12cm annually.

In fact, the lakes over which Mexico City is built on are called cenotes. Aztecs chose this place as a sacred location for building The Great Tenochtitlan; their capital city. Later on, the Spaniards decided to build their city on top of the Aztec constructions giving birth to a new city, a New Spain which later on became Mexico City.

The Texcoco Lake is nearly dry nowadays, however; some of the city buildings remind of the Leaning Tower of Pisa for the capital city underground is muddy and is constantly sinking. It sinks around 12 cm per year, more than the Italian City of Venice which sinks around 2mm annually.

Although this is only a little recollection of random facts, these insights into Mexican culture can be very revealing when it comes to understanding the country and its people. Would you like to learn more about Mexican culture? Please click here.

E-Mobility: How is Mexico adapting to the trend?
Scroll to top