Mexico is one of the most influential economies worldwide. It is therefore not surprising that the Mexican market is increasingly attracting highly competitive companies and industries from abroad. Consequently, the country´s favorable conditions concerning commercial relationships and excellent location extremely facilitate trade and foreign investment and encourage companies to embark on new expansion projects. Here are 5 Tips and considerations for opening and operating a business in Mexico:

1. What kind of business?

One of the first aspects to be defined when opening a business is the kind of legal entity that will be formed. In Mexico, the four most common types are the following: 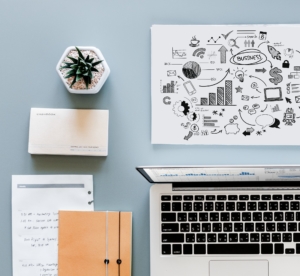 The S.A. de C.V. and the S. de R.L. de C.V. have many aspects in common. Examples are the filing of annual financial statements and the requirement of an annual shareholder meeting. The advantage of the S.A. de C.V is certainly the fact that the number of shareholders who can invest in the company is not limited. This facilitates the acquisition of the minimum capital of 50.000 MXN for businesses extremely. The Corporation offers both, high growth and high potential, which is why it is the most popular structure.

The second most famous structure is the S. de R.L. de C.V. It is an accessible option for small and medium-sized enterprises (SMEs) as it only requires an initial capital of 3.000 MXN. Another advantage of this option is that individuals enjoy limited liability. Consquently, they are only liable for their own shares. In order to further encourage foreign investment, the legal entity S.A.S was introduced in 2016. This structure is an attractive option for investors since it is simple, fast and can be formed online. As a result, SMEs might especially be interested in founding a S.A.S in contrast to multinational companies, because the maximum annual profit is limited to 5.000.000 MXN.

Choosing the adequate structure for your business is a crucial step. Hence, you should get legal advice on this topic in order to make sure that the choice is the right one for the planned project.

When starting a business in Mexico, it is indispensable to take the cultural differences into consideration.

One of the biggest differences is the perception of time and punctuality which is called the Mañana Effect. Being up to an hour late to an appointment or event is considered normal and is widely tolerated. Mexicans have a polychromic understanding of time which means that several activities are happening at the same time. This has a far-reaching impact on the preference for short term planning instead of long-term planning.

While in USA family usually isn’t the main priority, in Mexico it is a top priority for the majority of individuals. Mostly family commitments and events are prioritized above work and scheduled deadlines. This also affects the way Mexicans are doing business and shows the important role of trust in a business relationship. Therefore, many meetings start off with small talk and exchange of more personal information, to establish a more familiar atmosphere.

Communication methods differ from country to country. Some countries like Germany or Japan prefer a direct way of communicating and like precise and detailed information. In contrast to this is the Mexican indirect way to focus more on elaborating context with anecdotes and little stories about how they obtained the information. Imaginably this can lead to many misunderstandings and frustration on both sides. With respectful consideration of the differences of the other culture one can successfully bury these barriers.

Mexico´s economy offers attractive opportunities for foreign investments. There are many industries in Mexico that have grown steadily over the last few years. Among which the biggest players are the following: 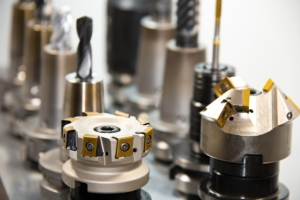 Due to the establishment of various manufacturing facilities in Mexico, exports of aerospace components have increased by 14.1% annually from 2006 to 2015. Forecasts state that the country´s aerospace sector is likely to reach place 10 worldwide with regard to sales. Another strong player is the automotive industry. Mexico managed to overtake Canada and the US and ranked 7th in global car production. Especially in the central and north regions (e.g.: Guanajuato, Querétaro and San Luis Potosí) strong brands like Honda, Nissan Daimler, BMW and VW have established manufacturing facilities.

Until today the country attracts a large number of car manufacturers from all over the world. The Mexican energy sector has big potential for foreign investment as well. The country is currently one of the world´s largest oil producers, which creates several job opportunities in companies which operate in the energy sector. Last but not least, a further emerging sector is IT. Especially in and around Guadalajara, also known as the Silicon Valley of Latin America, The IT industry is booming. With the goal to modernize and realize structural reforms within the country, Mexico is increasingly investing in IT infrastructure projects. In the present, more than 700 high tech companies such as IBM, HP and Motorola are located in the country´s second largest city.

4. What legal considerations do I have to bear in mind?

The legal system in Mexico differs from all other foreign systems in various points, due to this a Mexican lawyer or law expert is advisable when starting a business in Mexico. Never the less here are the main differences and examples of legal guidelines in Mexico:

To open a business in Mexico it is a requirement that the company is insured with a minimal set of coverage. The insurance policies in the motor vehicle business are especially strict. All cars rented or owned by foreigners need to be fully insured. The penalty can be very high and mostly the process requires a lawyer present, which also would cost you a lot of money. It is advisable to contact insurance brokers to be on the safe side.

According to Mexico’s foreign investment law all business need to be registered. Taxes levied on foreign businesses are very similar to those levied on local entities. The Corporate Income Tax is equal for all business in Mexico at a rate of 34%, according to the Mexican income tax law (LISR).

The tariff scheme in Mexico has over 140 categories. Imported goods from North America have a tariff level around 7% any other goods from the rest of the world range at about 13.5%. Tariffs are treated as non-discriminatory and are usually favorable to businesses. When importing goods to Mexico following papers are necessary: commercial invoice, bill of lading, packing list, import permits, and other special certificates.

A normal business week in Mexico are 48 hours in daytime business and no more than 42 hours for night shift operations. These hours can be spread over either six or over five days or nights.

The termination of a contract is less bureaucratic than in other countries. There are no notice periods. This means that an employee can be fired without out further notice or time period to look for another job. At the same time there is no notice period for employees either, they can quit their jobs and just not show up anymore. Hence this facilitates a high fluctuation rate in the human resource department.

On 1st January 2019 the Official Journal of the Federation published the Commission’s decision to set general and professional minimum wages. Mexico is divided in two zones: the free zone of the northern border and the general minimum wage zone. The applied minimum wage in the north (including communities in: Baja California, Sonora, Chihuahua, Coahuila de Zaragoza, Nuevo León and Tamaulipas) is set at 176.72 MXN$ (9.27 USD$) per working day. The general minimum wage in the rest of the country is set at 102.68 MXN$ (5.39USD$) a day. Special jobs and other occupations also have a newly defined salary which can be found here.

Find out more detailed information about labor law in Mexico in our blog. 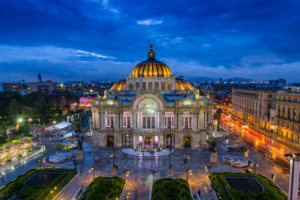 With a GDP of $2,4 trillion in 2017, being higher than its North American Free Trade Agreement partner Canada, Mexico has increasingly caught the attention of foreign investors. Being an export economy, the country moved into the fourth place in the ranking of the world´s biggest automobile exporters. Not only the exports, but also the fact that the international trade agreements with 46 countries contributed to Mexico´s global competitiveness. Manufacturers mainly benefit from them as they grant them duty-free access to more than half of the world. Although corruption and drug cartels still belong to Mexico´s reality, the culture and economy of the country keeps attracting people and businesses from all over the world.

You want to know more about doing business in Mexico? Follow the link or get in touch with us!