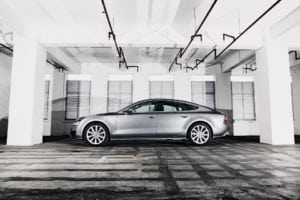 News from the automotive industry in Mexico: At the beginning of the week, we received the news about a possible relocation of production of the Audi A7 Sportsback to Mexico. What is the speculation about? What significance would this have for the location of Mexico?

News where spread that the German car manufacturer Audi plans to relocate the production of the A7 Sportback from Germany to Mexico in the future. More precisely to the place San José Chiapa, located in the state of Puebla and home to around 5,000 inhabitants. The start should be at the end of this year and the annual production in the following year should be about 35,000 vehicles. The inside information was circulated via Mexican media and originally came from Jose Antonio Gali Fayad, also known as Tony Gali, Governor of the Mexican state of Puebla. During his visit to Germany at the beginning of March, he participated in the national conference of governors in the Federal Council.

Meaning for Mexico and especially for Puebla

Mexico would not only become more attractive due to a relocation of production from Audi, but would also lead to further Foreign Direct Investments (FDI). Especially for automotive suppliers, it could be an incentive to expand in and around the Puebla region, the “Volkswagen city” in Mexico. Audi already works with more than 180 suppliers – only for the Q5 model (status: March 2017) and three-quarters of them are also based in the region. According to Audi, the purchase of local suppliers will be further expanded in the future.

The car manufacturer based in Ingolstadt wants to sell the A7 model, which is currently produced exclusively in Germany, at the end of the year on the American market. The relocation of the production would strenghten the location of the automotive indutry in Mexico.

At the end of September 2016, Audi AG opened the most modern plant in the Mexican state of Puebla on a total of 460 hectares, initially for the production of the SUV Model Q5, thereby creating over 5,000 new jobs. Additionally, in the adjoining Just-in-Sequence Park (JIS Park), 1,000 new jobs were created. In total, the manufacturing capacity covers 150,000 vehicles of the Q5 model annually. Over € 1 billion was invested in the construction of the plant and the necessary facilities and infrastructure. The plant also includes a training center for employees.

If you would like to participate in the upswing in the region, we would be pleased to advise you in the following areas: WMP Tax & Accounting, WMP Consulting Services and WMP Legal. Since the opening of our new office in Puebla in September 2017, we are even closer to advice you directly.