In search of self-fulfillment and a life full of individuality, emigration promises the coveted silver lining on the horizon. More and more people are leaving Germany and are going to the USA, Great Britain, France or Spain. While the United States has the reputation of unlimited opportunities and attracts a vast number of emigrants every year, the possibility of emigrating to Mexico is usually neglected.

The home of Mayans offers a wide variety of facets. This is not only reflected in the picturesque beaches, volcanoes, deserts and rainforests, but also in the fact that Mexico has recognized 63 national languages. As 62 of these are indigenous languages, it is sufficient to know Spanish. Although the Mexican Spanish is different to Castellano, the Spanish which is the counterpart to high German, but it can be learned quickly. By the way, a lack of language skills is no reason for not moving to Mexico. On-site Spanish courses of varying intensity are offered, which are significantly cheaper than Spanish lessons in Germany. The daily use of the language accelerates the learning process additionally. 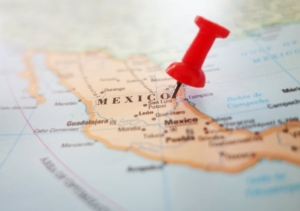 Also, the rent index is in no comparison to Europe. Living in Mexico is cheaper. Whether you choose one of the historic apartments in the city center of the exotic cities or if you prefer the spacious and well-equipped apartments in the suburbs. In this context the keyword is often safety. You choose a so called “Fraccionamiento”, a residential complex which is protected by a gate and patrolled by a guard.

Apart from the aspects of daily life, emigration to Mexico also offers the best opportunties for realizing one’s individual work dreams. In 2016 the most populous Spanish-speaking country took place 15 in the world economic ranking. Over the next few years Mexico´s economy will continue to grow due to competitive wages and a well-developed infrastructure. As a result, Mexico could improve its status from a weak developing country to a strong emerging country.

The Mexican government has also recognized the importance of foreign investment. Therefore, it operates an open economic policy that provides good breeding ground for the implementation of foreign business ideas. In addition, the geographic location with its proximity to the United States and South America, as well as the access to the Atlantic and Pacific, offers promising export opportunities. Mexico is part of the new USMCA agreement and hols 11 other free trade agreements with 46 countries.

Business life is characterized by mutual respect and trust. Once you have mastered these aspects, long-term business relationships are open to all doors. These prospects are further favored by Mexican courtesy and a culture of conflict prevention.

Moving to Mexico in brief

Mexico is visited annually by more than 20 million tourists and therefore offers a wide range of leisure activities. From beaches to volcanoes to rainforest, including numerous activities, everything is represented. But not only this diversity makes emigration to Mexico worthwhile. The extremely friendly locals are an asset to everyday life and always helpful.

On the business side, Mexico shines with a policy that wholeheartedly welcomes foreign companies and their investments. Free trade agreements, competitive wages and good infrastructure continue to economic growth.