Many renowned vehicle manufacturers, as well as smaller start-ups, are constantly working worldwide on the development of electric and autonomous vehicles. For instance, the German company Continental announced last year that it would increase the number of engineers in Querétaro to 1,154 in order to drive development forward.

Besides the otherwise well-known companies such as TESLA, BMW and Mercedes, Mexican companies are also active in the industry: for example, Motores Limpios or Modelex and Giant Motors. At the LATAM Mobility Summit in Mexico, the company IUSA also presented three self-developed e-vehicles and a hybrid vehicle.

The development of the market and conditions 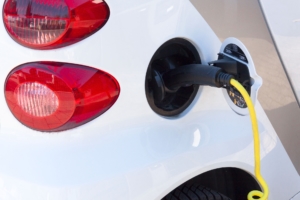 While 2018/2019 many potential customers still had to fear being left on the street without battery, a lot has happened in the recent months. The number of charging stations has already increased almost 13-fold only three years, from 2015 to 2018. At that time, TESLA already held around 800 charging stations throughout Mexico. NISSAN and BMW followed suit and established 500 additional stations through a 2.3 Million Dollar investment. The investments continue. 700,000 dollars were invested in six BMW ‘quick charging stations’. These can be found along the route between Mexico City and San Luis Potosí.

Furthermore, the range of vehicles has increased significantly. The average range of an e-car was about 350 km in 2018. Meanwhile there are models that can cover far more than 500 km with one full charge.

In terms of autonomous driving, Mexico is one of the 25 best prepared countries in the world, according to KMPG. Indicators are the laws and regulations, the infrastructure and the technological level. Also a factor and very important is the willingness of the people to buy and use such a vehicle. Above all, the new T-MEC trade agreement between the North American states will improve the conditions for the autonomous vehicle market.

Even though many manufacturers criticize that the energy sector should invest more in charging stations and the general conditions are not yet 100% fulfilled, the first moving, autonomous car on Mexico’s roads could be marveled at last September in Mexico City and three other cities. It was a German vehicle of the company AutonomosLabs, developed at the FU Berlin.

Forecasts for the future

Autonomous, electric and flying vehicles are the future on the roads. A French energy company named Engie recently entered into negotiations with Mexico City to electrify urban transport by taxi. Other companies such as Uber are investing in young talent to work with them to develop new, environmentally friendly vehicles for the urban transport service provider.

The sector surrounding the manufacture of vehicles and vehicle parts will also be transformed by the changed requirements.

Mexico itself accounts for a very small share of the electric vehicles used worldwide to date. According to the online magazine Dirigentes Digital, the export of electric cars in particular will therefore be of great importance for Mexico in the first few years. It is also predicted that the Mexican market for electric drives will grow by up to 306% in 2025.

Would you like to learn more about the development of electric mobility or are you interested in implementing these technologies in Mexico’s cities? Then read our articles on Go Smart: Smart Cities in Mexico or E-Mobility: How is Mexico adapting to the trend?

Querétaro – The most livable state in Mexico
Scroll to top