With the entry into force of the ban on plastics in Mexico City, more than half of the 31 Mexican states are now trying to reduce the use of plastics through legislation.

Since 01.01.2020, the issuing and sale of plastic bags is prohibited in Mexico City. Any retailer who does not comply with this law will pay a fine of up to 9,000 dollars. The ban includes not only the classic disposable plastic bag but also the bioplastic bag. In addition, the sale and handing over of disposable cutlery, plates and other products is to be abolished by 2021.

Excluded from this ban are bags that maintain hygiene. For example, plastic gloves and bags at the meat counter in the supermarket.

And what do the others do?

As mentioned before, the law to avoid plastic bags is not an isolated case in Mexico.

The first Mexican city to pass such a law was Veracruz in May 2018, and by the end of 2019 many cities followed. Among them Baja California, Baja California Sur and Quintana Roo. Other Mexican cities, such as Querétaro, are trying to introduce restrictions and bans at the local level.

At the international level, there are many countries where such laws already exist. Many European countries in particular, but also parts of Australia and the United States, as well as other continents, have decided against the use of plastic in recent years.

It is important that the consumption of plastic is minimized or even avoided, because:

It’s all our business! 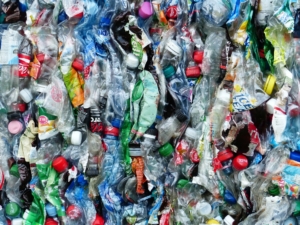 The decomposition of a normal plastic bag takes on average 20 years, that of a PET bottle even 450. Until then, the plastic particles swim in the sea, where they slowly crumble into micro- and nanoplastics. Animals get caught in the bags and nets or eat unconsciously the plastic shreds that are deadly for them. Researchers estimate that there are now about 140 million tons of plastic waste in the oceans.

But it is not only nature that suffers from the effects of our plastic consumption. Humans also have to bear the consequences. According to the current state of research, when plastic decomposes on land, various chemical compounds are formed and released which pollute the air we breathe and increase the risk of disease.

To reduce all this, there are already various approaches to a solution. In addition to the ban on plastics, for example, more and more ‘unpackaged’ (‘zero waste’) shops are establishing themselves – even in Mexico. There are simple things that everyone can look out for in everyday life to minimize their plastic consumption. For example, using To Go cups or glass instead of plastic bottles.

Mexico is therefore taking another important step towards a sustainable future with the ban on disposable plastic in Mexico City. Read more about Mexico’s future projects, such as the transformation of cities into Smart Cities, in our blog!

USMCA: The new free trade agreement between the USA, Canada and Mexico
Scroll to top